Subject to individual copyrights in each film.

The films in this collection were digitised and published in association with the 2016 50th Anniversary of the School of Film and Television, and the launch of the VCA Film and Television Digital Archive Project, which makes original student films available to everyone to view online for the first time.

Confronted with the challenge of curating only 50 films from a collection of over 1,700 titles, we selected films based on providing an overall representation of the breadth of materials produced by students during those 50 years. Given the social and cultural upheavals of those decades, films that represented stories of that change were chosen, as well as those that revealed the changing face of Melbourne both physically and demographically. The collection also highlights a sample of films, performers and filmmakers who have since gathered significant reputations, showcasing Melbourne’s special place in the Australian film industry.

This 50th Anniversary collection is part of the larger VCA Film and Television Digital archive, which contains more than 1,700 short films dating back to 1967, when the school was housed at the Swinburne Institute of Technology. 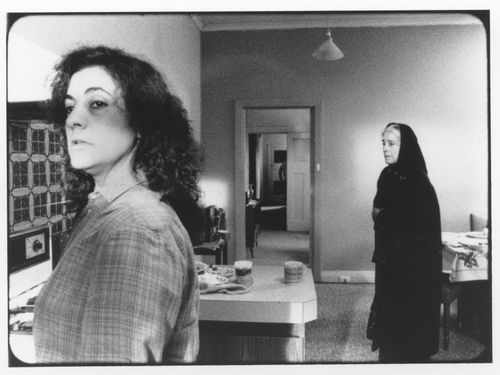 This detailed descriptive information is currently stored in a digital asset management system, which can be made available on request to academic and teaching staff, researchers and students for research and/or teaching purposes. Please contact Donna Hensler at donna.hensler@unimelb.edu.au to organise access to full detailed asset descriptions in the collection.